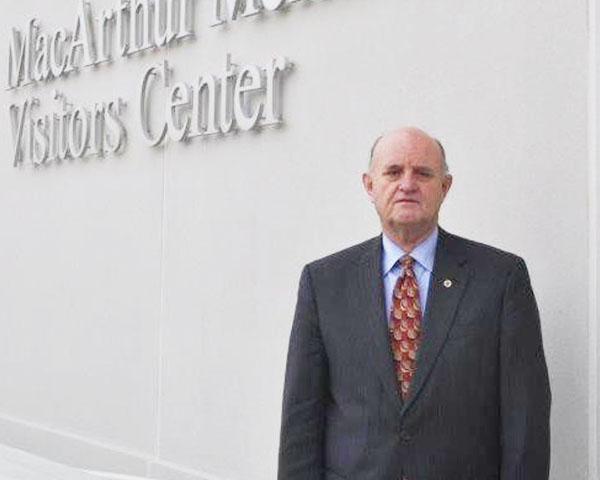 Bill Davis was born and raised in the Mount Shasta, California area. Following his graduation in 1966 from California State University in Sacramento, he was commissioned a 2d Lieutenant in the United States Marine Corps. He served as an officer in the United States Marine Corps for 29 years before retiring in February 1995, when he became the Director of the MacArthur Memorial, Norfolk, Virginia where he served in that position until September 2013. He continues to serve as the Executive Director of the General Douglas MacArthur Foundation. A member of the Norfolk Rotary Club, Colonel Davis also serves on the Board of Directors of the Marine Corps Vietnam Tankers Historical Foundation; the Norfolk Historical Society, and is the Chairman of the Virginia World War II Heritage Alliance as well as the Veterans Affairs Commission for the City of Norfolk, Virginia.

He holds a BA degree in History from California State University in Sacramento, California and an MA degree in Political Science from Georgetown University in Washington, DC. Bill is married to Janice Weber Davis and they have two grown children, William Cameron Davis of Charlottesville, Virginia, and Sheryl Davis Searing of Norfolk, Virginia and five grandchildren.