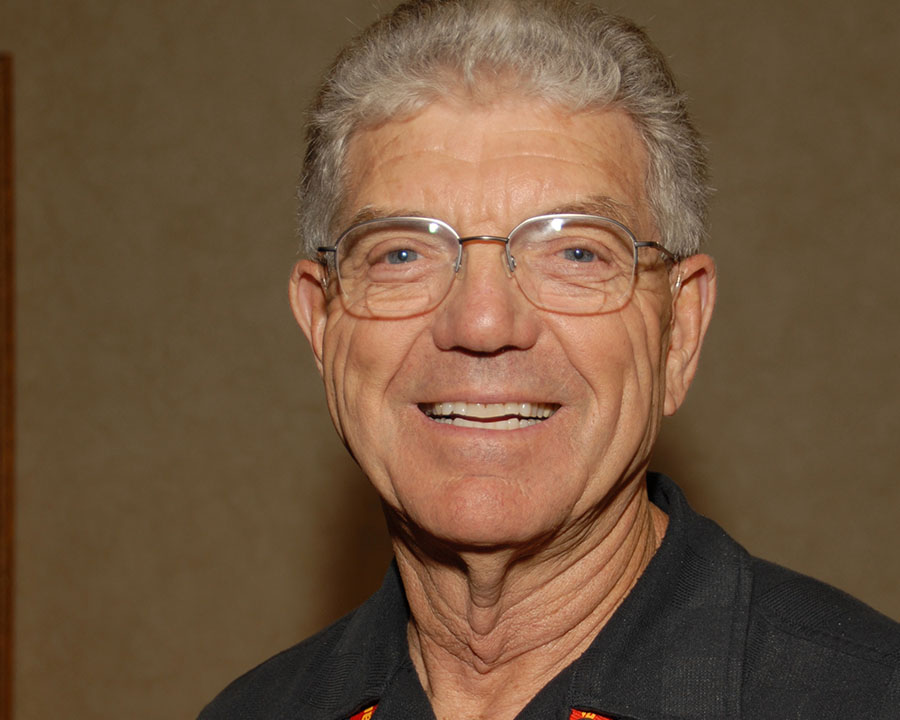 After graduation from high school in 1965 Rick enlisted with some school buddies who went Navy, while he went Marines. He graduated with Plt. 365, 3rd Bn. MCRD San Diego. He was sent to Infantry Training Regiment and then to Tank School at Del Mar. During his time at Del Mar he met some of the great names in Marine tanks: John Cornelius, E. J. Nations, Dan Wokaty and many others. These Marine legends were tough task masters. Rick says that he remembers falling asleep in his rack reading the tank gunnery manual. He wanted to be the best because after all, we were going to a place called Viet Nam. Later, after spending two years in Viet Nam, the Marine Corps sent him home…even after he tried to extend once again. Rick did go back to Vietnam in 1969-70 but after 6 months 3rd Tank Bn was sent to Okinawa. That’s when he came home and started a family which made him rethink leaving the military. He decided to stay on active duty and now he is proud of his great career as a United States Marine. Rick retired in August 1986 as a 1St Sgt. of Marines.

Once a civilian he started his own business as a manufacturer’s representative for the waste water collections industry and he never looked back. Then, one day many years later, Rick got a phone call from Dick Cary. Dick talked about a Vietnam Tankers Association and did he want to join? Rick replied, “Not now, maybe down the road. Please check with me later.” Dick kept calling and in 2002 he finally joined the brotherhood. Rick was already a member of the Marine Corps Tankers Association and had only been to one meeting but felt out of place in that organization. There was a serious lack of Viet Nam-era tankers in the membership. Then one day his friend Craig Newberry said, “Pack your bags; we’re going to the VTA Philly reunion.” So they did and were glad they attended; it filled a hole that was missing. It was great to sit around and hear the history of tanks in Viet Nam being told through personal histories. Craig and Rick also attended the Las Vegas reunion and that’s when Rick decided to get more involved. He spoke to John Wear about some ideas that he felt could help the VTA.

Rick says, “So I have made that commitment to the VTA as a director. I will be meeting with the VA to get all the info I can to pass along to my fellow tankers or any Marine who may be looking for help in anyway from the VA. After all, Marines take care of our own. I hope to do this either via our web site or S-box by early next year. I am already looking forward to the San Diego reunion in 2011; the board has already begun laying plans for this next reunion which should prove to be even larger yet.”