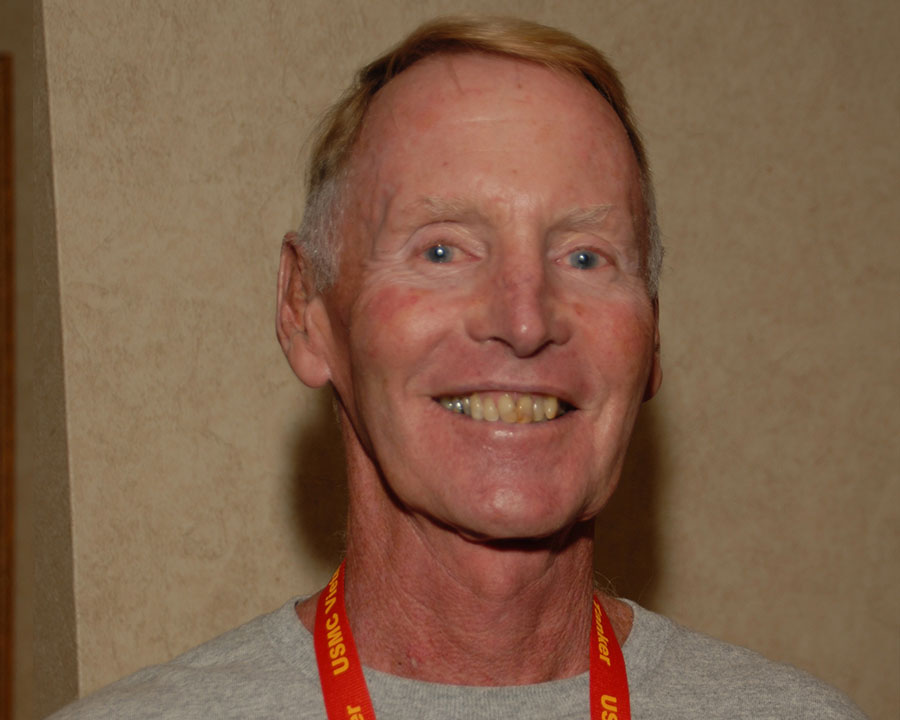 I graduated from college on Saturday June 5, 1967 and on Monday, June 7, 1967 received my draft notice. That afternoon, I beat the draft and joined the Marine Corps. Why did I enlist in the Corps? It was simple. If I was going to go to Vietnam, as my recruiter had assured me I would, I wanted to part of the best trained branch of the US military service.  My recruiter advised me that there was a 100 percent chance that I’d be going to Vietnam.

After OCS, TBS and Tank school, I left for Vietnam (as promised) In September 1968. After two days in Okinawa, I boarded a C-130 for Da Nang. When we landed In Da Nang, I was informed that all Marine 2nd LTs, regardless of MOS, would spend their first ninety days in-country in a Marine Infantry Unit. I was issued the standard 782 gear and boarded a C-130 for Dong Ha. My first operation was as a platoon commander providing perimeter security for a fire support base on the Laocian border.

One night my CO radioed me and told me to bring all my gear to the LZ and be prepared to board a chopper as soon as the clouds broke.  When I got to the LZ my CO told me that I was going on emergency leave due to the death of my mother.

The Marine Corps, in spite of its “hurry up and wait” reputation can be extremely efficient. I left the fire support base, changed choppers at LZ Vandergrift; boarded a C-130 at Dong Ha; landed for a “shit, shower, shave” and new uniform in Okinawa; flew to Untied States and was standing on my front porch in Syracuse, New York, 28 hours after leaving the fire support base in southeast Asia.

I returned to Viet Nam, completed my infantry assignment and on January 1, 1969, I reported to Bravo Company, 3rd Tank Battalion Headquarters, at Vihn Dia (the rock crusher), east of Dong Ha on Rt. 9.

My first tank operation was with the heavy section of tanks, providing road sweep and daytime patrol support for a Marine infantry platoon located in the highlands two clicks (kilometers) south of Cam Lo Village. I can’t remember all of my crew members’ names…but some of them were tank commanders Sgt Jerry Solano (B-33) & Sgt. Smith “Smitty” (B-32) and Cpl Bob Mendez (the driver of B-33).

During my ten months as the platoon commander of the 3rd Herd, we never operated with a full complement of tanks. We were always divided into heavy sections and light sections. We also never experienced a mechanical breakdown on any of our tanks. We hit several mines and ran over some civilian gear (a couple of bicycles) but never had an engine failure, linkage snap, a broken oil line, an electrical short or any type of mechanical breakdown. Our shit fisters were awesome and always kept us running.

We operated from LZ Vandergrift to the West and Ocean View to the East.  We spent time at all the places in between:  The Rock Pile, the Wash Out, Cam Lo, Gia Linh, Vin Dia and all along the Trace (DMZ). We travelled east and west on Rt. 9 when it was a dirt road and later when it was fully paved. We provided security for Sea Bee bulldozers that cleared heavy brush across the Trace between Rt. 9 and the DMZ.  I delivered mail and MPC to my platoon that was spread out across Leatherneck Square.  And more importantly we delivered Falstaff and Black Label (beer) to the troops as often as we could get it. The tankers did not care that it was warm or that it was not that great of a quality, it was beer!

My platoon was comprised of salty tankers who were at Khe Sahn and FNGs who were as green as me. I can’t remember all their names but there was Gunny Barnes; Staff Sgts. Jewel & Tapula (sp?); Sergeants Soto, Solano, Smith; Corporals Riggs, Sandifer, Marelli, Steel, Mendez, Anderson; Lance Corporals Vargo, Eaves, Devaney, Haley, Jannick & Vasko and PFC Jennings.

In September 1969, I was ordered back to Bravo Company Headquarters and told that several of us were going to Da Nang and then back to the World. We would be part of the first Marine Units of the 3rd Marine Division, leaving Vietnam and turning Leather Neck Square over to the Army of the Republic of Vietnam (ARVN).

When we landed at El Toro, there were maybe 100 people there to welcome us home (I think we outnumbered the spectators) and no press.  It pretty much reflected the mood of the nation at that time. A little more than a year later I was discharged from the Marine Corps.

I spent the next 39 years working and raising a family and grandkids. I retired and moved to St. George Island Florida in 2009.

I joined the USMCVTA in 2005 after learning about it from Chris Vargo, one of my tank commanders in Vietnam. Chris tracked me down (he’s very good at research) and in spite of the rumors of my death, found me in Huntsville, Alabama.  We talk and e-mail monthly and both of us have had several articles published in the Sponson Box and Chris has had a book published entitled “Beyond My Horizon”. Through Chris’s contacts, I have spoken to 3rd Herd members, Andy Anderson, Bob Mendez and Sal Soto, over the last couple of years. At our last reunion in San Diego, Bravo Co. 3rd Tanks had eight (8) members of the Company who were in-country, in the 1968-1969 years.