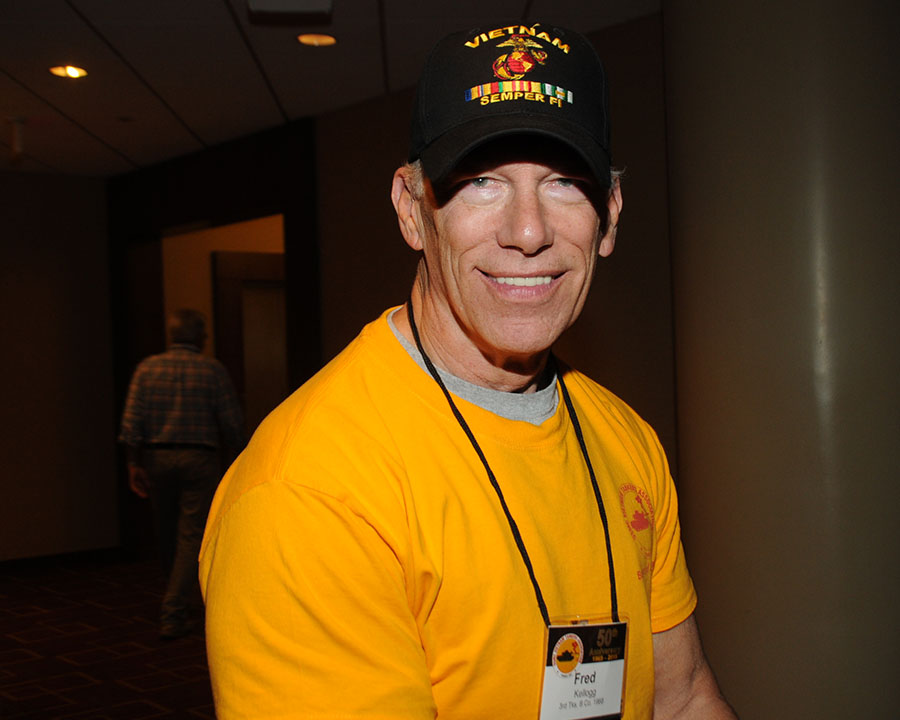 I enlisted in the Marine Corps’ delayed entry program while I was still in high school and reported to boot camp shortly after graduation. I arrived in MCRD San Diego in the middle of the night to the sound of Drill Instructors screaming something sexually impossible about yellow footprints. After boot camp and Infantry Training Regiment (ITR) I was assigned the MOS of 1800.

We formed a line to get our assignment to either amtracs or tanks. A short time later a PFC I had befriended in boot camp came running down the line after getting his assignment telling everyone, “If you want tanks, tell them you can’t swim.” Thankfully he had warned us because when the person yelled, “Can you swim Marine?” I immediately said, “Not a stroke, Sir” even though I had learned to swim almost before I could walk. I was then sent to stand in line with those going to tank school. Upon graduation I was assigned to heavy tanks (M103A2) with the 2nd Tank Battalion Camp Lejeune, N.C.

Camp Lejeune supplied the platoon of gun tanks and two flame tanks permanently stationed at Guantanamo Bay, Cuba to defend the naval base from the communist government. Rotated every six months because of wear and tear to the drive train and other equipment it wasn’t long before it became my turn to visit the island.

We loaded our tanks and supplies onto a WW2 LST for the trip to Cuba and when everything was secured we headed out. Once clear of the breakwater and reaching the open sea the ship began to pitch and roll in all sorts of directions. Because they are a shallow draft ship and somewhat flexible I immediately became seasick and stayed that way until we reached Cuba. Six months later I repeated the whole process when we returned to Lejeune. Never again did I want to spend that much time on a WW2 landing ship. Unfortunately the Marine Corps has a sense of humor and less than a year later I was again sent to Cuba on a LST. But this time, a few weeks before our rotation date I volunteered for Vietnam so I could fly back to the states on a C130.

I arrived at Da Nang for processing and saw my first helicopter shot down before I had even entered one of the buildings. The helicopter was spinning out of control as if it had lost its tail rotor and it crashed somewhere out of my sight. Suddenly suffering on the LST didn’t seem such a bad deal after all. After processing I was assigned to Bravo Company 3rd Tank Battalion, Camp Carroll, South Vietnam. I remained with Bravo Company until I was medevac’d out of country after being seriously wounded in a battle just outside the Khe Sanh Combat Base May 19, 1968.

When my enlistment ended I returned home and went to college under the GI Bill. While still in school I was hired by the Clark County Sheriff’s Office (Clark County, Washington) and I remained with them for 27 years. During that time I helped form their first SWAT team and remained one of the team leaders for more than 20 years.

Immediately after retiring from the Sheriff’s Office I was hired nine hours later by the Portland Police Bureau in Portland, Oregon. After five years I was promoted to sergeant and assigned to the gang infested area of NE Precinct where I remained until retiring last March.

I currently live in Vancouver, Washington with my wife of 32 years, Rosalyn and my daughter, Hanna. Hanna has wanted to join the Marine Corps since she was about six years old and she just may do that after she graduates in 2012. My son, Fred JR, joined the Marine Corps right out of high school and served in Iraq as a crewman/commander in an LAV. An LAV is the Marine Corps version of the Army’s Stryker – kind of like a tank on wheels. After leaving the Marines he, too, used the GI Bill to attend college and went into law enforcement. He is currently a sergeant and firearms instructor for the Clackamas County Sheriff’s Office in the state of Oregon.